On St. Patricks weekend Woodbrook Garden County archery club hosted the All Ireland Field Championships in Co. Wicklow. A large contingent travelled from the North. Over 90 archers competed over the weekend.

The course was very different from the normal and included a water shot over the River Dargle for the first time.

The honours in the Senior compound division went to Robert Hall and Mel Lawther who both shot course records on their way to Victory. The Recurve Section was won by Alan Convery and Suzanne O’Hare, while the Barebow division was won by Robert Mallon and Ruth Gilmore.

With such a big turnout at this competition it now looks like the Irish Open Field Championships in May will be booked out. 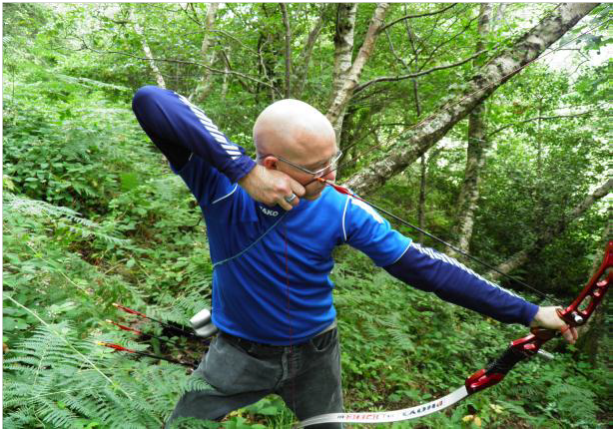 Shay Fitzsimons takes aim during the All Ireland Field Championships

15th September 2022
See links below for latest newsletter and link to previous newsletters from World Archery: August Newsletter Previous Newsletters –…
3rd April 20223rd April 2022
The next (2022) Junior Squad Scout Camp will be coming soon.  At this stage, the Junior Management team wants to gauge interest, in any…
This website uses cookies to improve your experience. Please accept use of cookies on this site Accept or Reject Reject
Privacy & Cookies Policy