The Kingdom Wheelblasters, an Irish Wheelchair Association sports club catering for children and teenagers were recently joined by An Riocht Archery club coaches, Clodagh Keohane, Colin O’Brien and Gosia Horaiska for a fun morning and archery have a go session . The event which was attended by more than 20 members of the Wheelblasters was a major success as the sporting youngsters were introduced to the joys of archery by the volunteer coaches from An Riocht Archery Club based in Tralee, Co Kerry. 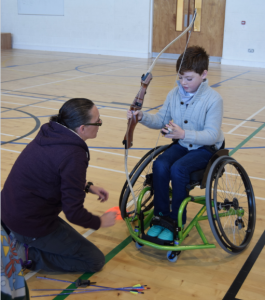 The invitation to bring archery to the Wheelblasters came from coach and secretary of the Wheelblasters, Tadhg Buckley to An Riocht Archer Club, the have a go session was part of the plans to  make sport more accessible  for youths with the joint help of the both  clubs . 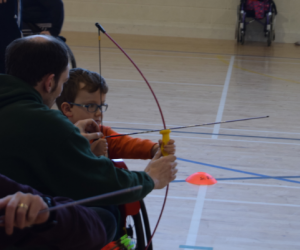 After initial planning the Wheelblasters and some curious parents shared a few hours of fun and learning with the volunteers from An Riocht.  Clodagh from An Riocht Aarchers archers said that they are looking forward to running further have a go sessions  with Kingdom Wheelblasters and continuing the friendships made in the first session. 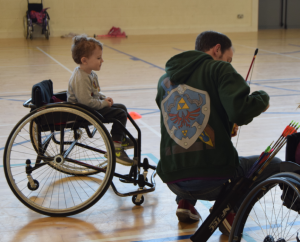 Special mention must be given to the following coaches and volunteers for their fantastic work within The Kingdom Wheelblasters Sports Club:  Shane McMahon, Paul Murphy, Robbie O Sullivan, Mairead Hickey, Lisa Hickey, Mary Horgan and Deirdre Bambury and finally a major thank you too the volunteers from An Riocht and particular thanks to Gosia for the pictures from the event. 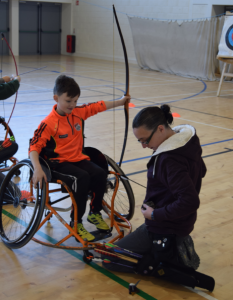 15th September 2022
See links below for latest newsletter and link to previous newsletters from World Archery: August Newsletter Previous Newsletters –…
3rd April 20223rd April 2022
The next (2022) Junior Squad Scout Camp will be coming soon.  At this stage, the Junior Management team wants to gauge interest, in any…
This website uses cookies to improve your experience. Please accept use of cookies on this site Accept or Reject Reject
Privacy & Cookies Policy